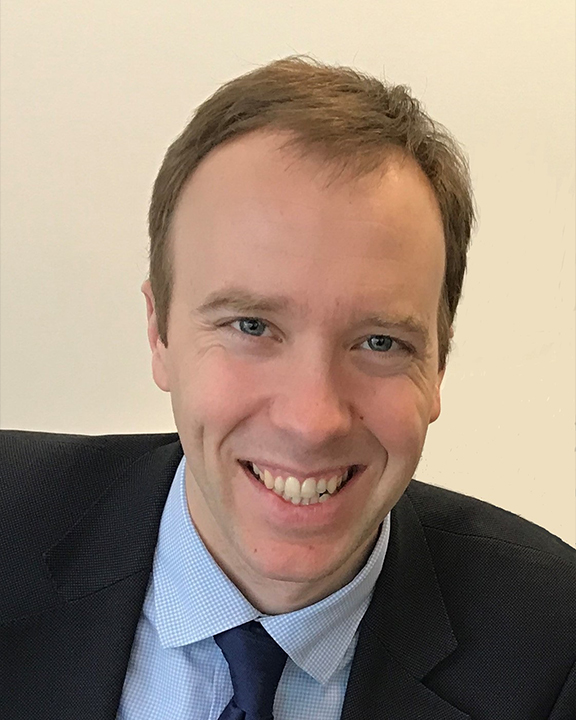 Secretary of State for Health and Social Care

Matt is the MP for West Suffolk and was appointed the Secretary of State for Health and Social Care on 9 July 2018. Matt was first elected MP for West Suffolk in 2010. He entered Government in September 2012 and has served in a number of ministerial roles under David Cameron, including as Minister for Skills, Minister for Business, and Paymaster General. Under Prime Minister Theresa May, Matt was appointed Minister for Digital & Culture in 2016 and then reappointed Minister for Digital in 2017 and then Culture Secretary in the Department of Digital, Culture Media & Sport in January 2018. Before entering politics he worked as an economist at the Bank of England, and for his family tech industry.