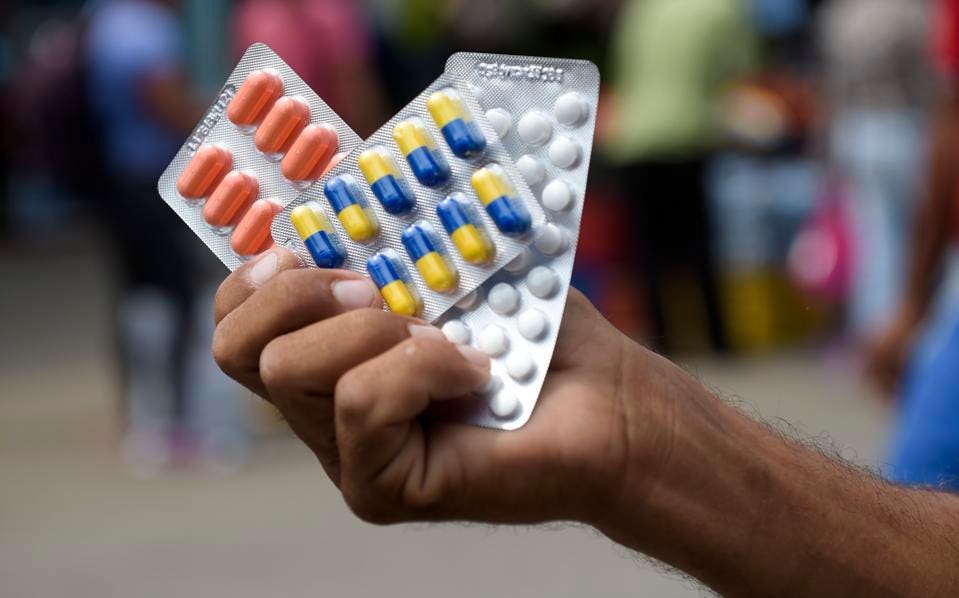 Investors should be weary of what the downturn in key commodity prices portends. While the large ... [+]

Inflation has been red hot, and consumer spending remains robust despite rising interest rates. That is yesterday’s news. Investors should prepare for deflation.

A Consumer Price Index report last week showed inflation is at the highest level in four decades. Beneath the surface key CPI components, like airfares, are falling. It’s a sign of this to come.

Investors should play defense, and stick with healthcare.

Betting against inflation right now seems weird. Everyone, including the Federal Reserve, is on the opposite side of that trade. The headlines are full of stories about inflation surging to the highest levels since the early 1980s. Doom and gloom about the economy, and the view that stock prices will be mired in a funk for the foreseeable future is becoming the consensus view.

Inherent in the B of A forecast is the view the Fed will keep rates elevated even as the economy slips into recession. That may not be a great bet at this point.

Federal Reserve Chairman Jerome Powell has stated publicly the primary objective at the Fed is fighting inflation. It makes sense. Inflation is a hidden tax, especially for the people who can least afford higher prices. Here is the rub, though: Prices at the wholesale level are falling, precipitously. Wagering that the Fed will continue to raise rates aggressively is premature.

Consider some of these numbers.

Copper prices on the London Metal Exchange, long considered the bellwether for the global economy, fell to levels not seen since November 2020. The key industrial metal is down 22% in the second quarter alone, the biggest loss since 2011. Lumber prices, also considered a leading economic indicator, are down 40% in the first half of 2022. And gas prices, heading into this week have fallen for 30 consecutive days.

Some of the commodity weakness is beginning to show up in airfares. Ticket prices fell a seasonally-adjusted 1.8% during June, according to the latest CPI report.

Demand destruction is another factor in lower airfares. Consumers have been hit with historically high airfares, and a rise in short-term interest rates rise. As those rates soar consumers feel the pinch of larger variable-term mortgage payments. Non-essential travel expenses are an easy cutback. Reduced demand leads to lower prices. It’s a vicious circle.

Deflation is certainly not the prevailing narrative among investors. It is far easier to battle the demon that everyone can see at the gas pump. However, rapidly declining prices kill profits, thereby discouraging investment. The Great Depression of the 1930s was a lesson in the perils of deflation.

Chairman Powell wants to squash inflation, while not awakening the forces of deflation.

Many companies in the sector have carved out lucrative monopolies in the domestic landscape while successfully delving into niche international marketplaces. Profitability growth has been sure and steady regardless of macroeconomic factors like interest rates.

The Healthcare Sect Sector (XLV) exchange traded fund is home to iconic companies like Johnson and Johnson (JNJ), United Healthcare Group (UNH), Pfizer (PFE), Abbot Labs (ABT), Thermo Fisher Scientific (TMO) and Merch (MRK). The ETF has a dividend yield of 1.5%, and shares are rounding out of a short-term downtrend.

Investors should be weary of what the downturn in key commodity prices portends. While the large investment research firms worry about inflation, deflation is going to be much worse for corporate profitability.

Stay safe. Hide out in healthcare stocks until there is greater clarity.

The Importance Of Affordable Healthcare: Getting To The Heart Of The Matter

The average monthly cost of insulin in the U.S., including generics, can range from $50 with prescription coverage to over $1,000 without. Largely applicable across many medications, this type of cost disparity underscores the importance of maintaining appropriate health coverage for those who already have it. But as a pharmacist and healthcare professional, I am more concerned about those with inadequate, heavily restricted or no health coverage: the people standing in line at the pharmacy with tears and desperation in eyes that are darting between their medication, their basket of groceries and their children.

At the recent HIMSS conference in Helsinki, the breadth of digital solutions promising to transform healthcare was prodigious. What is also sadly evident for any seasoned observer of the sector is that the pace of change remains incredibly slow, and while digital tools have enabled many sectors to do more with less, healthcare remains largely beholden to Baumol's cost disease.